Too weak to fly

On the 10th of September 2013, we received a call from one of the local RSPB wardens. A bird of prey had been brought into their office in Tintwistle, it had been found close to a public footpath and did not appear to be able to fly.

The bird, a Common Buzzard (a young one from this year) had been left with the Peak Distict National Park Ranger. On inspection we could see nothing obviously wrong with the Buzzard so we took it to a good friend and avian vet Richard Jones  (Avian Veterinary Services) to see if he could treat it. 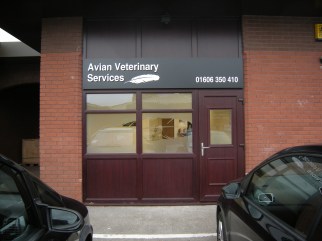 Richard confirmed that there were no obvious injuries and that apart from being very light and weak there didn’t appear to be anything wrong with the Buzzard.

After giving the Buzzard some fluids he suggested that we take it over to RSPCA Stapeley Grange Wildlife Centre who were happy to take the patient, with a view to feeding it up so      that we could return it to the wild.

It took a little while but on the 10th of October Maxine Bland –Wildlife Supervisor at Stapeley Grange Wildlife Centre called to say that the Buzzard was fit and well and ready for release.

On Friday the 11th we picked the bird up  from Avian Veterinary Services  where Richard gave it a final once over and commented on the fantastic job done by  RSPCA Stapeley Grange Wildlife Centre the condition of the Buzzard was first class.

We did try to get a picture of the bird as we released it (with the members of the public that rescued the fortunate Buzzard) but unfortunately I only got a picture of it’s tail as it took off strongly, no worse the wear for it’s month in care and a 150 mile round trip.

So instead a picture of the bird before release at Avian Veterinary Services new premises at Gadbrook Business Centre, Northwich.

The Buzzard, I am sure would thank everyone involved for saving it if it could, but as it can’t it is left to us to thank everyone… Special thanks to the people who found the Buzzard, RSPB Dove Stone, Peak District National Park Ranger Service, Avian Veterinary Services and RSPCA Stapely Grange Wildlife Centre.

1 Response to Too weak to fly