Barn Owls hadn’t been recorded as a breeding species in the Glossop area since sometime in the 1980’s. With increased sightings each year it was fantastic to learn of  a pair breeding nearby in 2014. 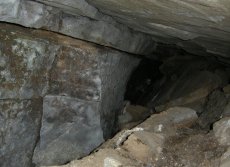 There were 5 young at the time of ringing and 4 birds were ringed under licence from the BTO, the 5th bird was very advanced and mobile and moved too far into the crevice to be safely captured.

2015 saw a number of other breeding attempts recorded in our study area, but what we found is that some are breeding in places which we might not have expected, some in sites that could make them vulnerable.

Given the recent breeding success and the small but seemingly growing local population, we though that it would be worth trying some nest boxes in areas where owls are being seen or where the habitat is suitable for Barn Owls. 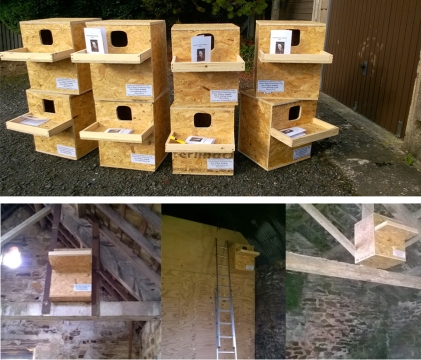 A number of landowners and farmers expressed an interest in helping with the Barn Owl Project and we have installed some of the boxes in barns and disused outbuildings around the Dark Peak.

Do You Have a Suitable Building?

If you think that you could accommodate a nest box with a view to helping provide a suitable place for Barn Owls to breed, please get in touch here

Finally a big thank you to DOS for their kind sponsorship of the project and thanks also to those who have already had Barn Owl boxes installed on their premises and those that we haven’t quite got around to yet (mainly those a little further afield), let’s hope we can make a difference and see Barn Owls breeding regularly in the boxes provided.